Determined to bring former players back to League Of Legends, Riot Games has devised a strategy.

The tactic developed by the company is nothing more than granting bonuses and rewards to former players. As a result, players who have been away from MOBA for a while said they received an email from the developer.

User DangerPro1 sent a Reddit print with the email sent by Riot. Throughout the message, blue essence, experience bonuses and skins were the offerings for him to return to the game. 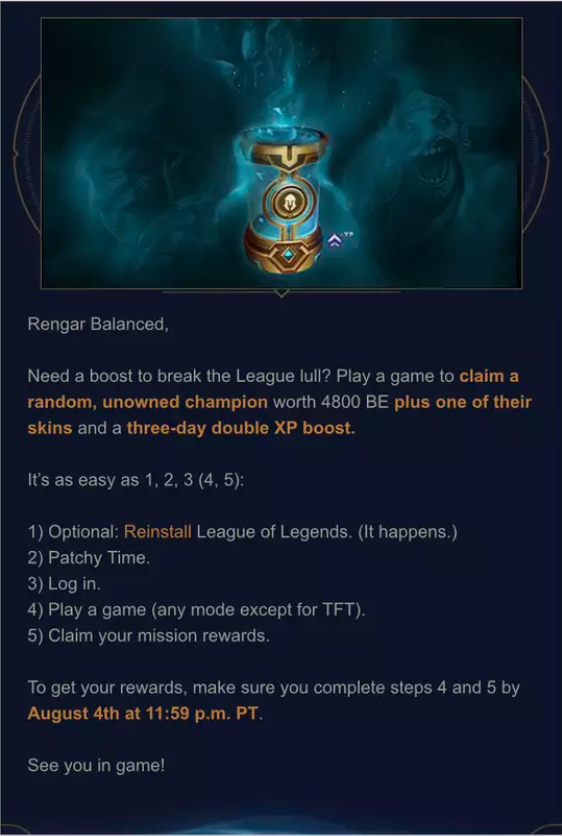 In addition to this player, other users have claimed to have received messages from Riot Games with the same purpose and content. The big question that remains is: Will the former players return to MOBA?

League Of Legends is currently in its 9th season. To get back to the game in style, use NoPing and ensure great lag-free rankings!